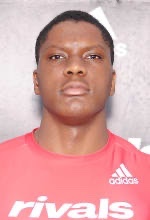 The second highest rated commitment in school history is now official as Stephen Sings has signed with Liberty Football.

Sings is a 3-star rated prospect who was previously committed to Virginia Tech. After he de-committed in October, Sings pledged to the Flames in January.  He had offers from a litany of schools including Virginia Tech, Auburn, East Carolina, Georgia Southern, Maryland, North Carolina, Old Dominion, Oregon, Syracuse, and UCF.