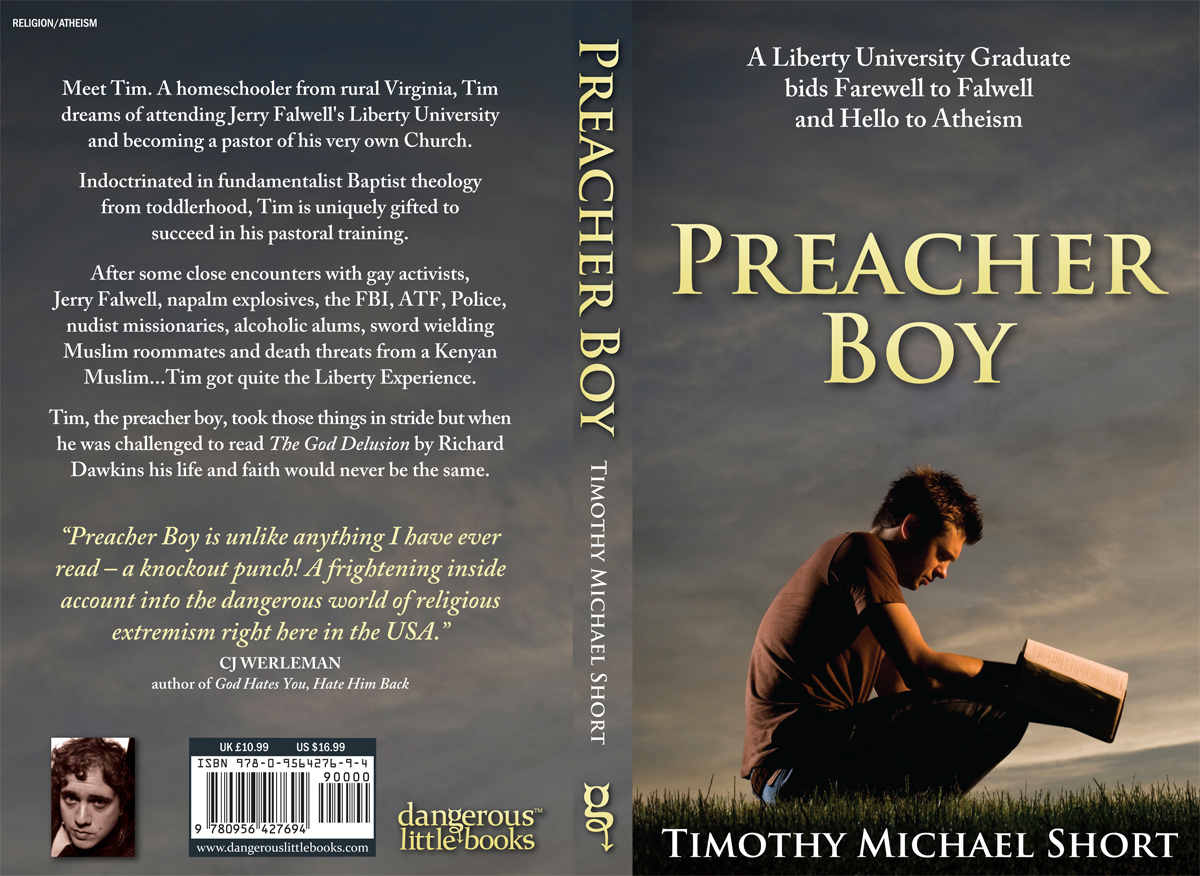 BOOK: A LU Graduate bids Farewell to Falwell and Hello to Atheism

Over the last decade, celebrity atheists have become best-sellers for their work criticizing religion and advocating reason over faith. When Liberty University student Tim Short was challenged to read these authors in their own words and develop a counter argument–something unexpected happened…

Short, a lifelong homeschooler and son of a Baptist minister became an atheist. The experiment was seen by Liberty as a big failure–but a wonderful time of personal growth for Tim. As if becoming an atheist were not tumultous enough for a college student, Tim’s life spiraled out of control in the next three years and he experienced the cold shoulder of the Right. All his life he was destined to be a good ol’ boy, a preacher boy. He would have his own church and thrive in the narrow margins of his worldview.