Caner’s Publishers stickin’ with him

Kregel Publications and Harvest House Publishers have no plans to pull titles written by Ergun Caner.

“Kregel Publications has concluded that the Kregel titles by Dr. Caner are trustworthy, factually accurate, and helpful to both Christians and seekers wanting to know more about Islamic beliefs and how those beliefs compare and contrast with biblical Christianity,”

Harvest House Publishers, which published his The Popular Encyclopedia of Apologetics, co-authored with Liberty University’s Ed Hindson, stated: “We are saddened by the controversy that has risen as a result of the self-contradictory statements made by Ergun Caner over the years. And, we are concerned that the allegations surrounding his statements have not yet been adequately addressed by him, and we are hopeful that he will personally respond to them soon.” 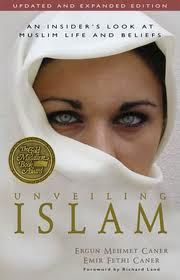