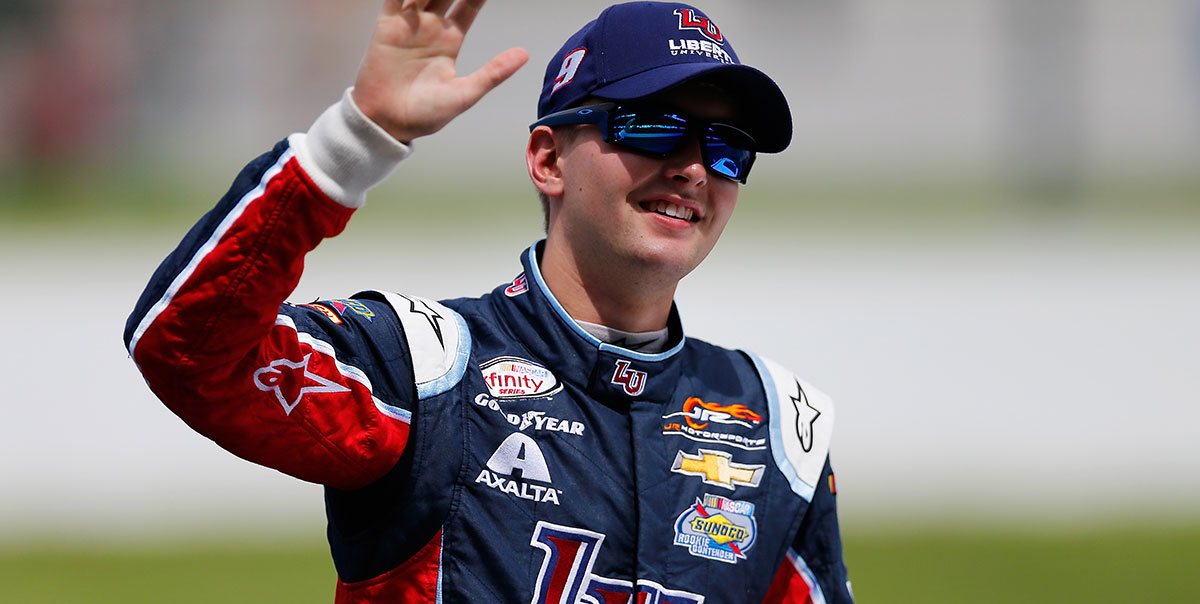 Liberty University to Sponsor Byron Through 2019

Liberty University and 12-time NASCAR Cup Series champions Hendrick Motorsports have reached a two-year agreement that will make the world’s largest Christian university a primary sponsor of the No. 24 Chevrolet Camaro driven by William Byron.

Byron, 19, will carry primary sponsorship from Liberty University in 12 Cup Series races in both 2018 and 2019. It was announced Aug. 9 that the Charlotte, North Carolina, native will move to NASCAR’s premier level next season and compete for rookie of the year honors.